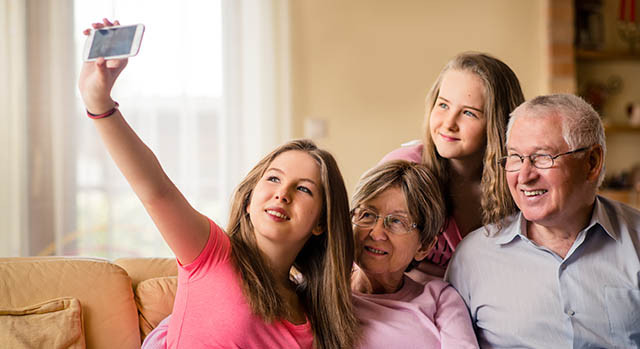 April is Parkinson's Awareness Month in the USA, Canada, and of course our hometown of Bee Cave and Lakeway, Texas. Now is the time when those living with the disorder, their family members, friends, and community come together to raise awareness and share helpful information. People with Parkinson's Disease (PD) and their loved ones are encouraged to share their stories, struggles, and successes in order to educate and support others.

The Parkinson's Foundation has announced this year’s theme: #KeyToPD and Parkinson Canada advocates the same involvement. What is the key to living a high quality of life while living with Parkinson’s? Patients, doctors, caregivers, and families are encouraged to use this hashtag on social media to give of their knowledge and experience.

In order to successfully manage the disorder, it’s essential to understand the disease, symptoms, and treatments. After all, knowledge is power.

What is Parkinson’s Disease?

Parkinson’s Disease is a neurological disorder that affects the brain’s ability to control physical movement. It typically affects middle aged people and the elderly. Parkinson’s causes a decrease in the brain’s natural levels of dopamine, which normally aids nerve cells in passing messages within the brain. According to The Parkinson’s Foundation and Statistics Canada, the disorder affects an estimated 1 million people in the United States, 55 000 Canadians, and 10 million globally.

Although much research has been done on the subject, the exact cause of the disease isn’t really known. What doctors and scientists do know is that certain nerve cells located in the brain somehow break down. This damage interferes with both motor and non-motor functions.

How Does Parkinson's Affect Vision?

Parkinson's can have a significant impact on vision and ocular health. Patients with PD often find themselves unable to control blinking. Blinking is good for the eyes as it moisturizes the surface and clears it from foreign substances. Less blinking can cause Dry Eye Syndrome, resulting in itchy, red, or gritty-feeling eyes. Other people blink too much or can’t keep their eyes open.

In more serious cases, Parkinson’s affects the nerves that help us see. Someone with PD may experience blurry vision, double vision, difficulty seeing color and contrast, problems with focus, and other visual symptoms.

In addition to the inherent impact of the disease, some of the medications used to treat Parkinson’s symptoms have known side effects including dry eyes, blurred eyesight and even hallucinations in advanced PD.

Although the most recognized physical symptom is uncontrollable tremors, patients can experience other symptoms that affect their vision. These typically include:

PD affects other areas of the body that may or may not – depending on each patient – be related to their eye health and visual needs.

Some of the most common non-visual symptoms are:

Coping With Vision Problems From Parkinson's

Despite the struggles caused by this degenerative disease, there is hope. Please come to Bristol Family Eyecare and talk to Dr. Lea or Dr. Bristol. They may recommend medicated ointments or drops, injections, therapeutic lenses, visual aids, vision therapy, or a combination thereof. Additionally, they may make a referral to a Neuro-Optometric Rehabilitation doctor who can provide eye care specifically designed for neurological disorders like PD.

There is currently no cure for the disease itself, but there are options to treat the symptoms of PD. A combination of medications, physical and/or occupational therapy, support groups, and of course, top-quality vision care from Bristol Family Eyecare in Bee Cave and Lakeway, Texas can give a PD patient relief for some of their symptoms and tools to help cope with the condition.

Research and clinical trials are continuing as doctors and others in the medical community work towards the goal of finding a cure for PD.

No two patients are alike, and each can experience PD differently from the other, so finding what works for you or your loved one is key. During this Parkinson's Awareness Month, share your #KeyToPD and give your loved ones hope for a healthy and high quality of life.

We are now Open with a modified schedule:

Monday-Friday 8am-5:30pm By Appointment Only!